Posts from the ‘Life’ Category

Whether or not you agreed with his film reviews there is no doubting that Roger Ebert was perhaps the most famous and arguably the most powerful movie critic of his generation.  The days when movie critics could single-handedly propel films to success or into the garbage heap are obviously long gone due to the proliferation of the Internet and novice film reviewers.   However, the Pulitzer Prize winning Ebert was probably the last of the “giant” movie reviewers who along with Gene Siskel coined the phrase “Two thumbs up!” which movie distributors sought like a life-giving elixir so that they could paste the quote all over movie ads proclaiming the famous duo thought that their films were of good quality.

END_OF_DOCUMENT_TOKEN_TO_BE_REPLACED 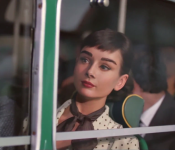 Ah, the indomitable Audrey Hepburn, one of cinema’s most famous actresses, humanitarian extraordinaire and most copied but never equaled fashion icon.  Even today twenty years after her death people still look to her for inspiration.  I remember growing up watching some of her most famous movies from her breakout role in Roman Holiday to Sabrina, My Fair Lady and Breakfast at Tiffany’s her effervescent charm and infectious smile continued to excite.  In her later life she switched her attention to humanitarian concerns working with UNICEF and visiting some of the most disadvantaged areas of the world.  And who can forget her dazzling role hawking chocolate while riding a bus?  Wait, wut?!

END_OF_DOCUMENT_TOKEN_TO_BE_REPLACED 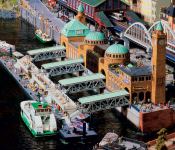 It’s not so often that I get pleasantly surprised while surfing the Internet for whatever stories catch my eye but here is a Youtube video extolling the virtues of the Miniatur Wunderland tourist attraction in Hamburg, Germany.  I have seen miniature models before but never of this scope and as this feature video presents I am stunned by the level of quality craftsmanship and attention to detail that is apparent in this project.

END_OF_DOCUMENT_TOKEN_TO_BE_REPLACED 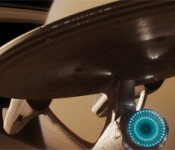 Well, it’s been a long time coming but after a very long hiatus The Galactic Pillow blog is back and (hopefully) better than ever!  For those wondering why I’ve been off the air it comes down to the arrival of our little bundle of joy last August which has thrown my schedule off considerably!

END_OF_DOCUMENT_TOKEN_TO_BE_REPLACED 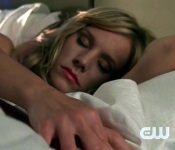 One of my favourite television series in recent years has been Veronica Mars. Watching Kristen Bell playing the title character, a cross between Nancy Drew’s sleuthing prowess and Buffy the Vampire Slayer’s quick wit and sarcasm, solve a slew of mysteries was just plain engagingly amusing. There’s an episode during its third and final season (Episode 12: There’s Got to Be a Morning After Pill) where Veronica is lying in bed with her fingers entwined with her lover, Logan, which really struck an emotional chord. The duo had suffered a continuously destructive on again off again relationship over the past few years, alternating between bouts of intense passion followed by equally fiery temper. Though it was obvious that both Veronica and Logan had deep emotional bonds with the other the relationship was always much too temperamental to last. As they shared a moment of quiet respite a lyrical but melancholy alternative rock song wafted through the speakers capturing the essence of their turbulent relationship.

The country is destroying itself outside your window
Hear the pulsing machines breaking down
See the buildings crumble to the ground
– “Western Meadowlark”, Brown Recluse Sings

END_OF_DOCUMENT_TOKEN_TO_BE_REPLACED

"The Times They Are-A-Changing" – The Final Frontier

Space the Final Frontier,
These are the voyages of the starship Shenzhou 15,

As I sit here at my computer reminiscing about my most memorable events of the past twelve months my thoughts, as they so often want, turn to Star Trek but this time not so much centered on Kirk and co warping to distant stars to seek out new civilizations but instead much closer to home, namely the Earth and its moon.

During the first week of August 2008 the world was glued to their TV sets not because of the economic turmoil that was about to descend like some petulant alien invasion but rather all eyes were on Beijing for the start of the summer Olympics. This was a grand spectacle like no other, probably never to be rivaled at least in the short term. Just how many countries could mount such a lavish production and spend upwards for $40 billion dollars on staging the games and the related infrastructure needed to accommodate them. To put that into perspective that’s the entire yearly nominal GDP of the Dominican Republic or Oman or Syria. That’s about 1/3 the nominal GDP of Egypt and a staggering amount of investment by any measuring yardstick.

END_OF_DOCUMENT_TOKEN_TO_BE_REPLACED 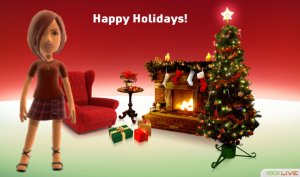 Happy Holidays from everyone here at The Galactic Pillow! Wishing everyone a safe and joyous holiday season. Hopefully, Santa (or whoever you believe in) brought you what you wanted. If not, make sure you get the gift receipt! In the meantime drop us a comment on what loot you received.

One of the greatest pleasures in life is indulging in the culinary arts and trying as many dishes as your stomach can handle. It is always a pleasure to try something you have never had before in your life and come away feeling not only content but also psychologically fulfilled in the process. Sure, there is always the chance that you might not like it but at least you gave it a shot – it just didn’t suit your particular tastes. I’m a pretty adventurous guy when it comes to trying new food although I haven’t quite gotten around to eating deep fried grasshoppers or scorpions yet as I just can’t stand the way they look. If someone were to “hide” it in, say a stew, I might be able to trick myself into eating it just like the time when I was a young pup and my parents told me to eat this piece of “chicken” that turned out to be frog. I liked it and I still liked it even after they told me what it was. Maybe I should just wear a blindfold so that I can’t visually look at something that might turn my stomach.