Posts from the ‘Playstation 3’ Category 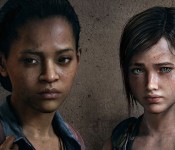 While the significant character reveals in The Last of US: Left Behind will be debated upon for years to come what isn’t in question is Naughty Dog’s gaming wizardry at work as the developer has crafted one of the best examples of how to create compelling downloadable content that adds significantly to the original experience.  The Last of Us: Left Behind might not exactly last long but this is a clear case of quality over quantity at work and should serve as a reminder to all companies that trying to make cash through either single-player campaign or multiplayer add-ons should not be the overriding goal as gamers will strongly voice their displeasure.

END_OF_DOCUMENT_TOKEN_TO_BE_REPLACED

2013 is a transition year in the video game industry where we say goodbye to the Xbox 360 and Playstation 3 in order to say hello to their next gen successors.  Years such as this one are usually filled with slim pickings as developers really begin to shift their focus to the more powerful hardware leaving millions of gamers essentially high and dry with a release schedule filled with yearly sports installments or quirky import titles that are sent out to die a horrible death at retail yet serve their purpose as bullet points that companies have not forgotten current console owners.   However, while this is still true there are always titles during these periods which rise to the occasion, showing how the cumulative knowledge gained over the entire lifespan of these systems comes together in a shockingly effective package that make consumers totally forget that new toys are on their way.  The Last of Us is one such title and it is a masterpiece on a level I have rarely experienced.

END_OF_DOCUMENT_TOKEN_TO_BE_REPLACED 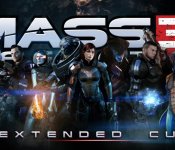 After spending months debating the relative merits of the original Mass Effect 3 ending here we go again with Bioware’s Extended Ending DLC that supposedly attempts to directly speak to many issues that outraged fans brought to light.  Let’s cut to the chase here and state the obvious question – will this new ending placate the masses of irate fans?  Well, it depends.

END_OF_DOCUMENT_TOKEN_TO_BE_REPLACED

Oh boy, here we go again.  Today, Bioware announced that the long awaited extended DLC cut of the Mass Effect 3 ending will be available for download next Tuesday, June 26, 2012 in North America.  Considering the game caused such a ruckus and sent this site’s hit count soaring I have no doubt this DLC is going to have a similar effect especially since it appears as if the ending isn’t really changing but rather being expanded upon.

END_OF_DOCUMENT_TOKEN_TO_BE_REPLACED

Editorial – The Reaper’s Advocate: A Different Take on the Mass Effect 3 Ending

This is a guest post by Rei who is a translator/editor and software developer who loved watching his city get wrecked at the beginning of ME3. Additionally, like many fans, he played femshep because broshep’s voice was kinda dry plus he didn’t feel like watching his N7 ass for 100 hours.

The Mass Effect 3 ending has become a social phenomenon of its own category. Somewhere between the apparently low-budget ending sequence, the contrived interpretations and the misuse of charitable organizations to bring attention to the fans’ disappointment, there’s a decent ending: an ending that does for the most part make sense and could have been emotionally satisfying if not for a few unfortunate circumstances.

END_OF_DOCUMENT_TOKEN_TO_BE_REPLACED

A funny thing happened during the transition from last generation consoles to the current. Companies that appeared dead in the water have suddenly taken the world by storm while the console king apparently decided to abdicate without much of a struggle. Now, unlike the current rigueur de jour of Sony bashing I’m not even going to go much into detail about how the mighty have fallen. There are enough fanboys out there assailing the former console champion and just as many diehard supporters. What I will point out however, is that Sony’s Playstation Home Beta that was finally released on Dec 11 after almost three years of development is a true indication at how dyslexic the company has become.