Finally! After what seems a lifetime Paramount Pictures has decided on a director to take over the reins of the rebooted Star Trek franchise left vacant when J.J. Abrams bolted to helm Star Wars Episode VII. After taking their sweet time trying to figure out who the perfect candidate should be tonight trade magazine Variety is reporting that the job has gone to…

END_OF_DOCUMENT_TOKEN_TO_BE_REPLACED

Here is the full teaser trailer that has just been released for what should be one of the biggest grossing movies this summer season, Transformers: Age of Extinction.  Many can argue that the franchise isn’t exactly quality entertainment but what cannot be debated is that the first three films have made a ton of cash at the box office.

END_OF_DOCUMENT_TOKEN_TO_BE_REPLACED 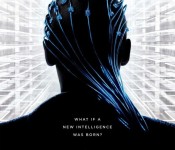 April 2014 is going to be a very interesting month for Hollywood and box office trackers.  Ever since Fast and Furious came out on April 3 2009 and became a huge hit, Hollywood has been trying to essentially jump-start the Summer Movie season by placing more potential blockbuster films in the month of April.  Usually, April is much less competitive than the summer months and the thinking goes that releasing a huge film in this time period potentially gives it a better chance to succeed.

END_OF_DOCUMENT_TOKEN_TO_BE_REPLACED 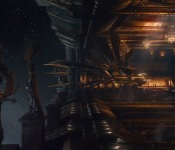 Today we have the hot new trailer for one of next summer’s potential blockbusters Jupiter Ascending starring Channing Tatum and Mila Kunis.  Both of these actors are rising stars but the real story to Jupiter Ascending is that the movie is written and directed by Andy and Lana Wachowski.  You know, the people who made The Matrix trilogy.  However, ever since they hit it big with those films the directors have seen their prestige take a nose dive with the box office duds Speed Racer and Cloud Atlas.

END_OF_DOCUMENT_TOKEN_TO_BE_REPLACED 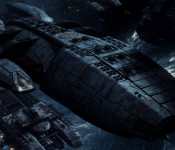 While there is no doubt that Ron Moore’s rebooted Battlestar Galactica was a massive hit with both fans and critics the same can’t be said about its subsequent incarnations as Caprica tanked in the ratings while the prequel Blood and Chrome never even received a season order as its pilot was unceremoniously dumped onto the Internet to premiere as a series of webisodes.  It is actually a somewhat startling series of events since, at one point, it seemed as if the reboot would be able to spawn myriad spin-offs much like Star Trek did not so long ago but as it stands today, this incarnation of Galactica is officially dead and buried.

END_OF_DOCUMENT_TOKEN_TO_BE_REPLACED

It might not seem like the perfect romantic movie but distributors MGM/Columbia surely hope that couples would rather watch a cyborg blow stuff up real good come Valentine’s Day 2014.  Yes, the rebooted Robocop opens next February 12, 2014 hoping to convince audiences everywhere that all-out action is the way to show true love.

END_OF_DOCUMENT_TOKEN_TO_BE_REPLACED 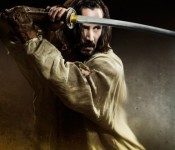 Universal Pictures has just released the second trailer for its sci-fi/fantasy film 47 Ronin.  There is a lot of repeat footage from the first trailer but this full-length two minute trailer does a much better job at setting up the overall plot by once again casting Keanu Reeves as a kind of outsider who joins 46 masterless samurai on a quest for revenge against supernatural forces.

END_OF_DOCUMENT_TOKEN_TO_BE_REPLACED

Much like my ten episode review of the new Space Battleship Yamato 2199 I ended up overcompensating by taking far too many screencaps for my Star Trek Into Darkness Post-Mortem Editorial than I could ever use so I decided to just post them here so that they don’t go to waste.  In this case, I had purchased the Into Darkness 3D Blu-Ray which comes with a free digital download from either Ultraviolet or iTunes.  I decided on the latter which ended up being the source I used to take these caps.