Here is the newest Asian trailer for the upcoming Godzilla movie which features a ton of new footage as well as revealing that Godzilla isn’t exactly the only monster in town. Most have already figured that out judging from previous trailers but we now get a much better glimpse of both Godzilla and the other creature.

END_OF_DOCUMENT_TOKEN_TO_BE_REPLACED 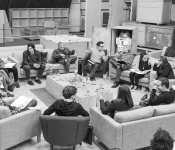 Most people thought that Disney/Lucasfilm would announce the cast for Star Wars: Episode VII this coming May 4th to coincide with the franchise’s unofficial Star Wars Day holiday but lo and behold they decided to surprise everyone by announcing the full primary cast today.

END_OF_DOCUMENT_TOKEN_TO_BE_REPLACED

When Halo: Spartan Assault was released on Windows Phone the general critical consensus was that it represented a decent attempt at bringing Microsoft’s most important and lucrative franchise to mobile devices.  With adequate visuals and some inspired twin-stick touchscreen controls wrapped up within the usual Halo universe’s pomp and polish, the title managed to impress for what it was.  Flash-forward a few months and Microsoft has decided to release Halo: Spartan Assault on its brand new console, the Xbox One, with only marginal upgrades and the result is, understandably, rather uninspired.

END_OF_DOCUMENT_TOKEN_TO_BE_REPLACED

We are still a few months away from the most important video game conference at E3 so it goes without saying that releasing new gameplay trailers at this point in the year is certainly not expected. However, Canadian developer Bioware have surprised just about everyone by releasing this new gameplay trailer for the upcoming Dragon Age Inquisition which now has a firm date of October 7, 2014 for Canada/USA and October 9th for those in Europe.

END_OF_DOCUMENT_TOKEN_TO_BE_REPLACED 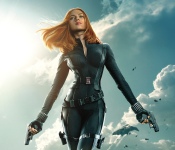 Captain America: The Winter Soldier keeps raking in the cash with approximately $24.5 million while animated sequel Rio 2 keeps pace with about $22.5 million. The first big surprise is Heaven Is For Real which continues the recent trend of religious movie dominance as it seems to be headed for a hefty $19 million take.

END_OF_DOCUMENT_TOKEN_TO_BE_REPLACED

The Lego Movie Videogame isn’t exactly as “awesome” as the movie it is based on as the entire experience feels incredibly less-ambitious than previous titles but there is still fun to be had although the franchise really is in need of a large injection of what made the film so beloved – creativity.

END_OF_DOCUMENT_TOKEN_TO_BE_REPLACED

With the atypical launch of Disney/Marvel’s Captain America: The Winter’s Soldier last week that successfully performed like a summer blockbuster, it shook up the domestic box office while at the same time validating the strategy to open huge films outside of traditional time frames.   It wasn’t long ago that the summer movie season started on American Memorial Day weekend but it has slowly gotten earlier and earlier until it currently has settled on the first weekend of May.

END_OF_DOCUMENT_TOKEN_TO_BE_REPLACED

Years from now when the Playstation 4’s successor is revealed most gamers will probably only remember developer Compulsion’s Contrast as being a last-minute replacement for Playstation Plus owners who fully expected to receive the vastly higher-profile racing game, Driveclub for free.   As the launch of the Playstation 4 neared it was summarily announced that Driveclub was delayed to the following year and would be replaced by Contrast, a third-person platform/puzzle game whose primary selling point was its striking 1920’s-inspired minimalist art style.