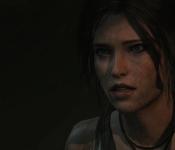 As usual I took far too many screenshots during gameplay to prepare for my review so I present all of them here in this gallery for the Playstation 4 version of Tomb Raider Definitive Edition.  Please note that many of these screenshots contain a ton of spoilers but also that I present them mostly out of chronological order as I can’t be bothered to re-arrange them.

Although I love the PS4’s screenshot functionality I hope they also give the option to take uncompressed shots in the future as well as allowing users to upload captures to more than Facebook and Twitter. It’s annoying to have to go to either service and basically download them back to my PC.

The shots the PS4 currently takes are decent enough but their small size also means that they lose much detail.  Those gamers with fancy PC capture cards will probably scoff at the quality of the PS4 screenshots but not everyone has access to such hardware.