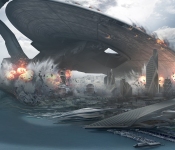 Many have asked me why I have not updated the box office numbers for Star Trek Into Darkness and done a more in-depth analysis of the results but I’ve been waiting for the final box office tallies from International markets to write my report.  As most will know the movie is now available to purchase through numerous digital services here in Canada/USA such as ITunes or through the Xbox while the physical Blu-Ray and DVD discs are due to be released on September 10.

END_OF_DOCUMENT_TOKEN_TO_BE_REPLACED

News has broken this morning that Microsoft CEO Steve Ballmer has unexpectedly announced his retirement causing shares to surge 6-7% in morning trading.  Ballmer has been at the helm since January 2000 when he took over from Bill Gates but his tenure has certainly been decidedly mixed with equal parts success such as the launch of Windows 7 and outright failures like the Kin line of smartphones.

END_OF_DOCUMENT_TOKEN_TO_BE_REPLACED

Ben Affleck is the New Batman

Warner Brothers announced a few hours ago that Ben Affleck will be taking over the role of Batman from Christian Bale and that he will star opposite Henry Cavill in the still untitled Superman/Batman movie now slated for July 17, 2015.  Zack Synder returns as the director and presumably just about every supporting cast member from Man of Steel as well which includes Amy Adams, Laurence Fishburne and Diane Lane.

END_OF_DOCUMENT_TOKEN_TO_BE_REPLACED

Epic is not exactly a bad movie but its mediocrity is a total bore.  Parents will probably mentally check out around the ten minute mark and although kids might be entertained I doubt most of them will even remember what they saw once they leave the cinema.  If you are going to do an adventure yarn targeted to kids at least don’t stick so closely to the traditional formula and if you really are going to lift material from elsewhere you better put your own spin on it or else many will call you out as a total hack.

END_OF_DOCUMENT_TOKEN_TO_BE_REPLACED 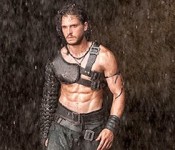 I’m not exactly the biggest fan of Paul W.S. Anderson’s work but someone out there must like him as he keeps getting projects to direct.  With the exception of Event Horizon which was decent the rest of his film output has been dubious at best with such gems like AVP: Alien vs. Predator, Soldier, Death Race and the modern take on The Three Musketeers.  Still, his biggest franchise is undoubtedly Resident Evil of which he is currently in pre-production on the 6th installment.  That said here is the just released teaser trailer for his newest work Pompeii that releases in Canada/USA on February 21, 2014.

END_OF_DOCUMENT_TOKEN_TO_BE_REPLACED

Director Antoine Fuqua’s Olympus Has Fallen is an exasperatingly dumb movie with an altogether ridiculous plot focusing on North Korean terrorists taking over the White House and holding the President and his staff hostage in order to force America to withdraw its forces from South Korea. However, as hackneyed as the plot sounds, the movie actually works because it never pretends to be anything more than a modern update of the Die Hard formula that pits one man against insurmountable odds.

END_OF_DOCUMENT_TOKEN_TO_BE_REPLACED

Regular readers will know that I’m a big Bioware fan, specifically of Mass Effect, but I also played the heck out of Dragon Age: Origins although I’ve only finished its sequel Dragon Age 2 once.  I didn’t exactly hate the sequel but it certainly felt every bit like an extended DLC scenario rather than a full blown game as evinced by the atrocious amount of repetitive locations.  Nevertheless, while we all await the first reveal of Mass Effect 4 there’s still another game to not forget and that would be Dragon Age: Inquisition the third part in the trilogy now due to be released Fall 2014.

END_OF_DOCUMENT_TOKEN_TO_BE_REPLACED

Although there is still no announced launch date for both next generation consoles that doesn’t mean that there is no news to report.  Regular readers will know that I’ve raked Microsoft over the hot coals for their truly mind-boggling lack of communication skill regarding the Xbox One even though I’ve already plunked down a preorder for it as well as the Playstation 4.  I do like what I see about the Xbox One but the entire message was so ridiculously presented that it made me wonder if heads would roll in Redmond and in the end they did with the departure Don Mattrick although he presumably left to become CEO of struggling software maker Zynga.