Journey 2: The Mysterious Island is not so much a full-fledged movie but a series of CG enhanced vignettes that are linked together by the thinnest of plot threads imaginable. It’s certainly passable fluff entertainment that’s about as goofy as can be but the target audience of young pre-teen kids will probably eat it up with glee.  I can think of much worse movies to watch yet that’s hardly a ringing endorsement of the final product.

END_OF_DOCUMENT_TOKEN_TO_BE_REPLACED

This comes as no surprise but Paramount Pictures through their official press website just released the first official synopsis for Star Trek Into Darkness opening May 17, 2013.  The timing of the press release is probably in preparation for the soon to premiere trailer as well as the special 9 minute opening footage due to appear on some IMAX 3D screens that will be showing the first Hobbit movie.

END_OF_DOCUMENT_TOKEN_TO_BE_REPLACED

Bioware certainly took its time in releasing this trailer for the Omega single-player DLC considering that the expansion launches tomorrow in Canada and the USA for the Xbox/PS3/PC.  Nevertheless, Omega once again has players taking control of Commander Shepard this time teaming up with super bad-ass Aria T’Loak (still voiced by Carrie-Anne Moss) and a new female Turian named Nyreen in an effort to recapture the Omega station from Cerberus forces.

END_OF_DOCUMENT_TOKEN_TO_BE_REPLACED 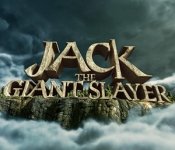 On March 1 2013 director Bryan Singer releases his latest movie Jack the Giant Slayer based on the famous fairy tale.  I certainly don’t quite remember it being this action packed but nevertheless Singer’s film seems to at least have the requisite big budget and superlative special effects although to be honest it looks a bit like a mish mash with visual elements taken from a slew of other films such as Avatar and the Lord of the Rings trilogy.  Here’s hoping it manages to weave a delicate balance of comedy and adventure as Singer seems to have hit a rough patch ever since he bailed from X-Men Last Stand to helm Superman Returns.

END_OF_DOCUMENT_TOKEN_TO_BE_REPLACED

Movie Review – The Sorcerer and the White Snake (2011)

When a cute CG talking mouse with less than five minutes of screen time is the film’s most memorable character you know that there’s a problem here.  Considering the amount of talent in front and behind the camera it’s hard to imagine how everyone involved managed to create only a middling romantic fairy tale that spends far too much time on the blasted soundtrack than crafting a time honored narrative revolving around love and sacrifice.  The finished product is certainly watchable with your brain switched off but it could have been so much more.

END_OF_DOCUMENT_TOKEN_TO_BE_REPLACED 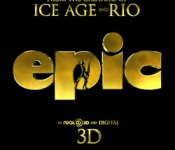 Although the Winter movie season is equated more to serious adult fare that is in competition for some sort of award it also is the period in which Hollywood premieres many trailers for the upcoming spring and summer schedule.  So far we’ve seen many trailers for big movies like Iron Man 3 and The Lone Ranger with others like Star Trek: Into Darkness dropping very soon before or on December 14 to coincide with the 9 minutes of footage showing in front of The Hobbit on IMAX 3D screens.  Today we’ve got a new trailer for the 3D animated movie Epic due to be released on US Memorial Day weekend.

END_OF_DOCUMENT_TOKEN_TO_BE_REPLACED 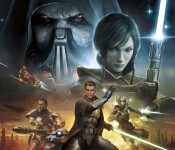 Just a friendly reminder that those gamers who have been waiting a long time for this that your day has finally arrived as Star Wars: The Old Republic goes free to play today November 15.  You can check all the details over on the main site that lists the many differences between those playing free and those who still decide to subscribe.  I was debating whether or not to write a massive post about The Old Republic since I had already completed three storylines but I will leave with one big piece of advice.

END_OF_DOCUMENT_TOKEN_TO_BE_REPLACED 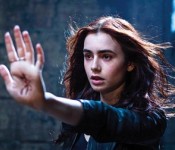 I can’t help but keep thinking that Hollywood execs are doing everything in their power to “copy” the Twilight formula thus we keep getting a slew of supernatural romance movies that are either in production or already in the can.  Mortal Instruments: City of Bones scheduled to be released August 23, 2013 looks to be following the formula to the letter as it is based on the first book of a series of novels written by Cassandra Clare featuring, what else, an epic battle between the forces of good and evil with a healthy amount of raging teen hormones thrown in.