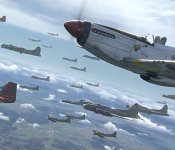 In interviews executive producer George Lucas has opined that bringing the tale to the big screen of the all-African American fighter squadron, the Tuskegee Airmen, has been one of his life-long dreams which he finally has achieved with his new film, Red Tails.  However, while the heart and intent of the film might be in the right place the execution is beyond trite with a flagging narrative that presents cardboard characters and a propensity to add too many incongruous elements into the plot which are resolved with the subtlety of a giant hammer to the face.  As might be expected being a Lucasarts produced film its technical aspects are all top notch with some truly convincing CG of WWII aerial combat that makes the movie shine but alas just about everything else fails to make the grade.

END_OF_DOCUMENT_TOKEN_TO_BE_REPLACED 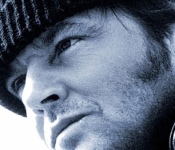 I fully admit that it has been a very long time since I last saw One Flew Over the Cuckoo’s Nest yet as one of my frequent readers has requested a review of it here I am trying to put into words an analysis of director Milos Forman’s 1975 masterpiece, a film that joins only two others as having won what is frequently known as the “Big 5” Academy Awards in one year being Best Picture, Best Actor, Best Actress, Best Director and Best Screenplay (original or adapted).  For the record the other two films are Frank Capra’s It Happened One Night back in 1934 and Jonathan Demme’s 1991 film The Silence of the Lambs.  Yet film critics will easily point out that winning multiple Academy Awards doesn’t necessarily solidify a movie’s inclusion on a list of the greatest or most influential films and that usually it takes the passing of time to properly place a film’s influence into context.

END_OF_DOCUMENT_TOKEN_TO_BE_REPLACED 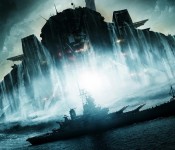 While Peter Berg’s Battleship is not quite the total train wreck that it could have been it’s still a completely loud nauseating experience that requires suspension of disbelief on a scale not seen in many years.  Just one of these days before I kick the bucket I hope someone in Hollywood has enough creativity to figure out a plausible explanation for aliens to attack Earth because everything from Battle L.A. to Skyline and now to Battleship crafts a scenario where the alien strategists base their invasion on a massively ill-advised ground assault instead of merely planting their fleet in orbit and pounding the human race into submission.

END_OF_DOCUMENT_TOKEN_TO_BE_REPLACED 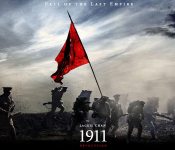 1911 is a ponderous endeavour that purports to tell the grand tale of how revolutionaries managed to rise up and force the abdication of the Qing Dynasty rulers ending thousands of years of feudal rule in China.  With such colourful source material it is a wonder that the film ends up as nothing more than an inert mess that is so haphazardly sewn together that it fails in its primary goal of educating audiences in answering the basic question as to why and how the revolution came to pass.  It is a damning commentary to make when I say that merely reading the Wikipedia page on the web will provide much more coherent and perceptive historical knowledge than this cinematic Titanic.

END_OF_DOCUMENT_TOKEN_TO_BE_REPLACED 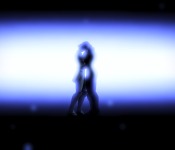 Well what do you know?  Yet another post on Mass Effect 3 even though I previously commented that it was time to move on.  While we can debate the relative merits of the Mass Effect 3 ending until the end of the universe it’s time for a bit of different news on the franchise that is not so divisive.  Here’s a great fan made musical video by Malukah which remixes and combines five great tracks from the Mass Effect games with her own original lyrics to make a rather haunting and emotional song that fits the tone of the last game like a glove.  Oh and it also doesn’t hurt that she sings it herself with great gusto.

END_OF_DOCUMENT_TOKEN_TO_BE_REPLACED 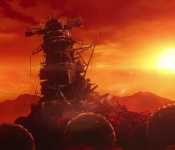 Although I ended up liking the recent live action Space Battleship Yamato movie many long suffering fans took an opposing view that it did not live up to expectations.  Regardless, I don’t expect there to be another live action movie anytime soon yet Yamato fans should still be happy to know that 2012 will see the release of another anime series this time named Space Battleship Yamato 2199.  However, don’t expect this to be a mythical season 4 continuation of the original show as the new series is essentially an updated re-telling of season 1 featuring the now famous journey to Iscandar and the main antagonists being the Gamelons.

END_OF_DOCUMENT_TOKEN_TO_BE_REPLACED

After nearly two months of non-stop Mass Effect coverage it is about time this blog went back to its regular programming.  While I am sure that there will be a lot more to be said about Bioware’s final installment in Commander Shepard’s story the next period of great interest will be when the extended ending director’s cut will be released sometime in the summer.  Judging from the overall persistent negativity from some fans I really have my doubts whether or not many will be swayed by this new ending even though as of this writing I have really no clue what Bioware is going to do except keep their original ending the way it is.