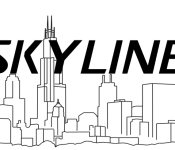 With close to 650,000 apps there is no doubt that Apple’s app store remains the leader in providing consumers with the most applications to download for their mobile and tablet devices.  However, this doesn’t necessarily mean that most are of any quality whatsoever and Skyline: Test Your Knowledge is one such app which makes the case for Apple to be more stringent in what they allow in their store.  To put it bluntly Skyline: Test Your Knowledge is an awful application that would still fail as a grade ten computer science project.  While the game concept seems like it could be novel and distinct from other quiz games by using silhouettes of various city skylines and tasking the player to correctly choose the right answer the entire project reeks of amateurishness from start to finish.

I remember when the game first showed up in iTunes and my first reaction was, “Hey, this looks like it could be pretty cool.”  You see, I’ve been an avid follower of building architecture and city skylines for a long time as I scour the web to check up on some of the more interesting structures that have been popping up, mostly in the developing world.  The idea of a game that was based around identifying skylines certainly has promise yet sadly this game ranks up there on the list of worst apps ever.

To get straight to the point Skyline: Test Your Knowledge has a whopping question library of exactly one dozen cities.  Yes, let me repeat this once again – the game only has twelve cities in total meaning that over the course of about two minutes one can finish the entire game.  This is a complete farce.  Making matters worse, there are even typos as the Australian city of Sydney is spelled, “Sidney” which begs the question if the developer even bothered to open any atlas or even Google to check the spelling.  Thus what we get is a multiple choice quiz game that has twelve cities that even has the tenacity to not throw in those thousands of other city names into the mix in order to confuse players.  That’s right, the game presents four choices to guess from but they all constitute cities which are in the game.

Making matters worse there is no score system whatsoever meaning guessing wrong results in nothing but a red screen showing “WRONG” whereby all the player needs to do is pound any of the other three choices until they get it right.  At the end of the twelfth question the game merely says, “You have completed the skyline quiz. Congratulations.”  However, the “fun” doesn’t stop there.  If anyone decides they are masochists and desires to play the game again right after completing one session there is an annoying bug whereby the game loads with the words “CORRECT” emblazoned on every question even though the player hasn’t guessed any choice at all.  Oh yeah, and there’s nary a hint of sound effects or background music to soothe your frazzled nerves as you work your way through the gruelling twelve questions.

Skyline: Test Your Knowledge is complete junk and I feel sorry for anyone who decided to buy it when it was initially listed at $0.99.  The iPhone version is now free but there’s a Skyline XL for the iPad listed at $0.99.  If this is the same application with the same content stay away at all costs.  I’ve played plenty of bad games and used horrendous apps and programs but Skyline: Test Your Knowledge reeks of someone’s desperate attempt to earn some cash while doing the most minimal programming as possible.  To be fair with Apple’s iOS platform there is always the chance that developers can issue updates and new functionality but until I see that this is the case this game receives my lowest rating possible.